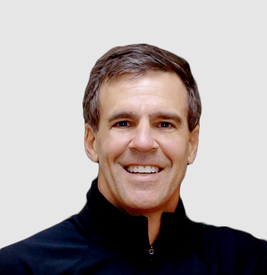 ​Bill grew up on the coast of Maine and purchased his first road bike in 1971 which he rode extensively for the next ten years through college and commuting 40 miles every day to his summer job. In 1991 Bill moved from Manhattan to Naples to continue his career in finance and raise his family with his wife, Allison. He resumed road cycling in 2000 and joined Naples Velo in 2004 when he discovered the challenge and camaraderie of group riding and training. Bill is a committed believer in the individual health and societal benefits of cycling.

​He hopes that more areas throughout the US increasingly commit to cycling’s success as a core component of their transportation systems. 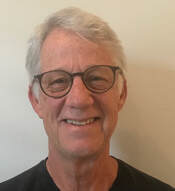 After 36 years in the corporate world, Leigh and his wife Maggie started their part time relationship with Naples in 2012. Eventually making it their fulltime residence in 2017. For the last 5 years Leigh has organized and led moderate pace rides in East Naples. He is an FBA Ride Leader/Ride Marshall for club and charity rides. Leigh has recently served as Safety Liaison for Naples Velo making cycling safety presentations to cycling clubs and homeowner associations. 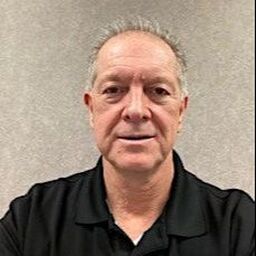 Jim has been a member of Naples Velo since September of 2014. An avid cyclist, he has raced in the past and has completed 225 miles in a single day. He is a Certified Public Accountant in WI and splits his time between WI and FL.

Moved to Naples in 1979. He has long been active in the bicycling, running and triathlon communities. Ted practices personal injury law. A significant part of his practice consists of representing bicyclists for damages caused by accidents.

Keep up with his blog at TedZelman.com

Originally from Minneapolis, Mark has been a full time resident of Naples since 2011. A retired business owner (print marketing), and an avid cyclist, he has ridden with Naples Velo since 2000. Mark is also a former board member of the Naples Pathways Coalition. 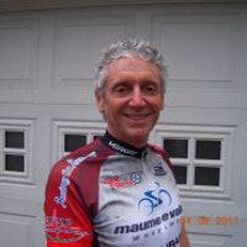 ​Frank is a 40 year veteran of the automobile industry primarily as owner of Ford and Saturn dealerships in Toledo and Findlay, Ohio. Frank retired from the auto business in 2015. In 2002 he became the main sponsor of the Saturn of Toledo Cycling Team. He is a USAC licensed cyclist and a former member of the Maumee Valley Wheelmen and Toledo Area Bicyclists clubs.  Now a Florida resident, he is a member of Naples Velo, Florida Velo and Naples Masters. 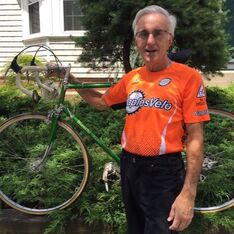 ​My love for cycling was inspired as I watched a 50 mile road race (crit) as a teenager which commemorated my hometown legend Art Longsjo who was a member of both the summer (cycling) and winter (speed skating) Olympics. As a cardiologist for 40+ years I have witnessed and treated the ill health that can result from an unhealthy lifestyle. Regular exercise can moderate or eliminate such major risks as obesity, hypertension, diabetes and high cholesterol. Bicycling is an aerobic activity that can have a positive effect on maintaining a healthy body and mind. Naples Velo can provide leadership in the community to promote participation in safe and courteous cycling for both health and exercise and by advocating for safe pathways for both recreation and commuting. 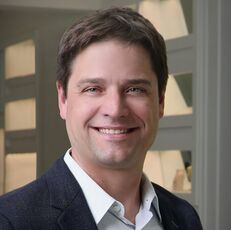 Brian is originally from Illinois and discovered cycling as a way to stay active and meet new people.  His most significant personal fitness achievement is bringing over forty individuals into the sport through his club, Team Waldo.  With members from across the country, Brian has made it his goal to share his love of cycling with everyone he meets.  Multi-day cycling tours like the “Ride the Rockies” and RAGBRAI are among his favorite adventures. Since  relocating his business, Gems of Note, to Naples in 2019, Brian has enjoyed exploring the roads of South Florida. He believes in promoting cycling at all levels and enjoys training as well as sharing his love of cycling with his daughter, Lily, who recently got her training wheels off. He looks forward to seeing you on the open road.

Art grew up in NYC. Lived in Ann Arbor, MI, and now resides in Naples. After a career in the corporate world, he joined academia instructing business and entrepreneurship courses, most recently at FGCU. He enjoys running and swimming, but gained a passion for cycling after entering his first triathlon in 2006. He enjoys exploring new routes and believes Naples is lucky to have such a wide variety of cyclists. Whether you're a beginner enjoying short distance rides or a threshold athlete challenged by a double century, it’s all about safe fun with friends!