Retired attorney and former executive of Van Camp Seafood Co. and Honda Motor Corporation of Japan, became an active cyclist in 1992. He rides 10,000 + miles per year. Don has been a resident of Collier County since 1998. Past president of Naples Velo from 4/15 until 7/17. 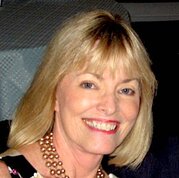 Jane has been an attorney in Naples since 1986 in the areas of real estate and business transactions. She has been active in the community as Director/Trustee of: Seacrest Country Day School, Guadalupe Center, Women’s Political Caucus of Collier County, Collier Athletic Club and Naples Pathways Coalition. In the Collier County Bar Association she was Chair of the Real Estate Section and a Co-Founding Member of the Foreclosure Task Force of Collier County dedicated to helping homeowners in crisis.

Jane has been an avid cyclist since 1969 when she and her roommate were the only women at The Ohio State University riding what were then called racing bikes. They were co-founders of the original OSU Bicycle Club.